What are Cypher Stamps?

Cypher stamps are stamps that can be loaded with actual digital bitcoin issued by Cypher Postage.

You can load bitcoin by scanning the public key to the left.

What you see are two QR codes, to the left is the public address that can be scanned to reveal the amount of bitcoin loaded on the coin.

The right side QR code is the BIP38 encrypted private key that once scanned will allow you to sweep the bitcoin from the stamp, that is, if you have the correct password.

The passwords on these stamps are at least 17 scrambled letters numbers and figures that according to https://password.kaspersky.com/ will take centuries to solve.

Not to fear, inside the envelope these stamps come on is a full print out of the password along with all pertinent information for the keys for this stamp.

Can this stamp be used for posting items?

The answer is no, these are novelty collectable stamps that are one of the first of their kind in the world in having physical bitcoins on them. Just like Bitbills and Casascius not being real government issues cards/coins, the same apply to these stamps. They are made by Cypher Postage as a tribute to Bitcoin and all the physical bitcoin collectors around the world. 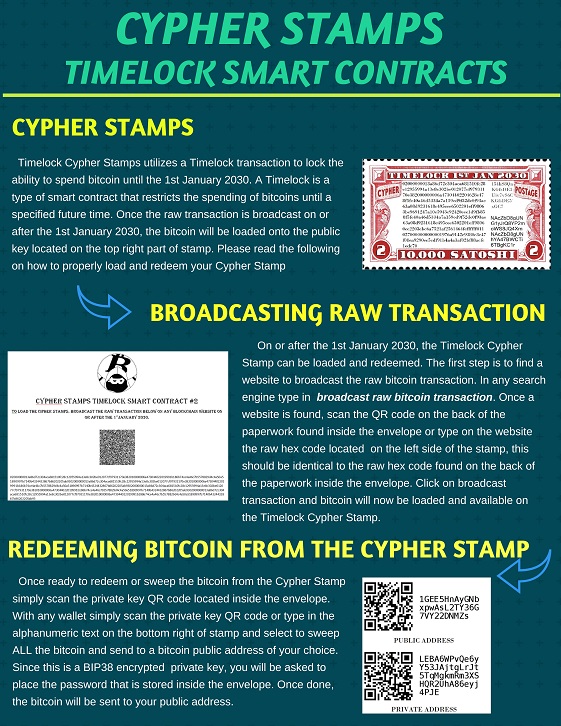